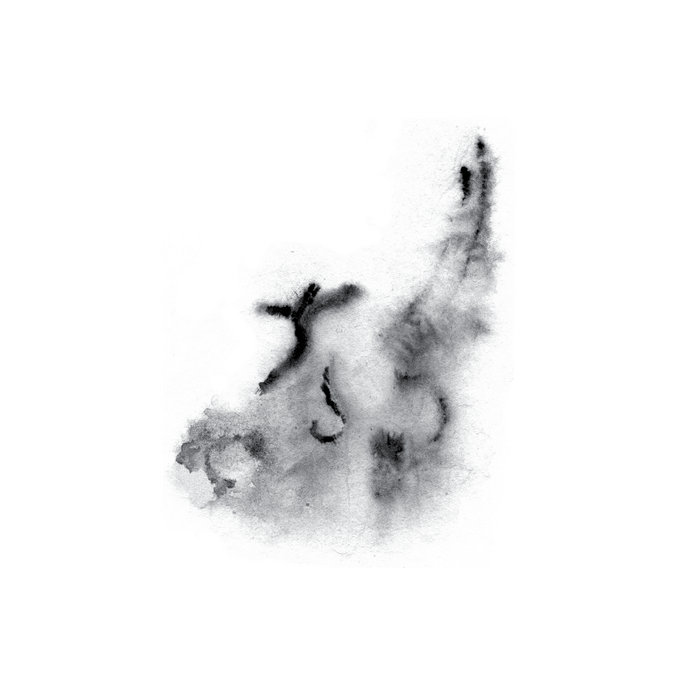 <=> An essential sound study that is as peaceful as is provocative. Highly recommended.
Also see Nucleazione for further explorations.... fabioperletta.it/project/nucleazione
Favorite track: 10'52.

“A positive nothing, eternally waiting to bloom into the everything of the universe, a sort of primal spring of being.” — Vladimir Sergeevic Solov'ev

“Un Fiocco Di Neve” (Italian word for snowflake) is one of the possible crystallisations of an ongoing project called "Nucleazione" (Nucleation), started in 2017 and consisting of the accumulation of over 200 sound files and silences pulled together and randomly overlapped with no control. The five compositions of this album originate from a series of auto-generative methods, which I found brought me to new listening experiences in the process of composing. I trace my steps back to a decentered, limited presence as an author becoming a detached listener. While “Un Fiocco Di Neve” is presented here as a CD release, "Nucleazione" is exhibited as an online project where listeners can themselves experiment the non-linear creation of unstable, undefined compositions with no predetermined beginning nor end.

In November and December of 2017, I toured Japan, during the peak of autumn colours. Knowing my passion for tea, my friend Makiko invited me to her parents’ house for a tea ceremony held by her mother in an informal tea room filled with tools and objects belonging to the tradition. Among those, I was stunned by a kakejiku (hung scroll) of Japanese calligraphy displaying the kanji 紅 kou (red), 炉 ro (hearth), 一 i (one), 点 ten (point), and 雪 yuki (snow). While apparently illogical, Makiko’s mother explained the poem’s meaning roots in the concept of impermanence: a single fragile snowflake falls until it touches the fire pit and instantly disappears. Since that day, this image of Zen white delicacy, full of Japanese poetry, has never abandoned me and continues to resonate in my mind from time to time.

In May 2019 I visited Zen monk Toryo Ito at Ryosoku-in Temple in Kyoto, where I had performed in 2017 as part of the event Hodokeru Mimi. Between a bowl of matcha and discussions about travel, design, and religion, he laid out his philosophy of objects having their own meaning or energy that spreads toward us. I shared my idea of objects’ solitude as non-living entities and their intrinsic power to take on different meanings. Sound has its own organic flow in the world, which exists regardless of our connection to it. We encounter its complexity, give it a name, store it as a weightless memory, share its inconsistency. While walking back to the Higashiyama area, my thoughts reminded me of a YouTube interview with David Toop when he said, “You could argue that sound doesn’t actually exist: it’s always in a state of emerging or decay, it’s never actually there.” For me, this is an irrefutable truth. Why do we ‘fix’ sounds to precise forms, progressions, starts, and ends? Fused within this indeterminacy, I experience the beauty of listening.

In the mountain, a humble tea house. Snow forms outside. Between these states and the tension of opposites, density vanishes into sparsity, weight defies lightness, shadow intersects light, heat meets cold, in a continuous play of illusory forms generated out of empty spaces.

A snowflake disappears. Memory fades away, sometimes it lasts.

Created (2017—2021) in Italy and Japan.
Mastered by Giuseppe Ielasi.
Pantings and photos by Fabio Perletta.
Calligraphy by Kumaki Takahito.
Designed by Mote Studio.

Fabio Perletta is a sound artist and curator living and working in Italy.

Perletta’s solo and collaborative recordings are documented on LINE, Dragon’s Eye Recordings, Superpang, aufabwegen, Dinzu Artefacts and his own imprint 901 Editions. Founded in 2008, his label has since released more than 50 sound art and experimental music editions by international artists.

In 2014, he co-founded Mote Studio in Berlin with artist Davide Luciani. The studio is both an art and design collective, production and publishing platform forging dialogues between sound and vision. Luciani and Perletta guide their research through the creation and direction of sound and spatial installations, graphic works, audiovisual pieces and editorial works. In 2019, Mote initiated Son.AR in collaboration with Art Republic and spatial sound artist Jordan Juras, investigating the concept of virtuality, presence and embodiment in relation to sonic arts and public spaces.

Since 2014, he has co-curated Lux, an artistic program dedicated to presenting visual artists working with sound. In its 7 years of activity Lux has collaborated with museums, curators, exhibitions, festivals and contemporary art galleries, promoting solo and group exhibitions of artists like William Basinski and James Elaine, Thomas Koner, Arnold Dreyblatt, France Jobin and others.

He collaborates with sound designer Pierluigi Scarpantonio for the impro project Cygni.

He is currently a professor of sound design at ISIA University in Pescara, Italy.

sndtrak stops by with an Album of the Day Feature of his most recent release, FLIPS V1: Triple Lindy