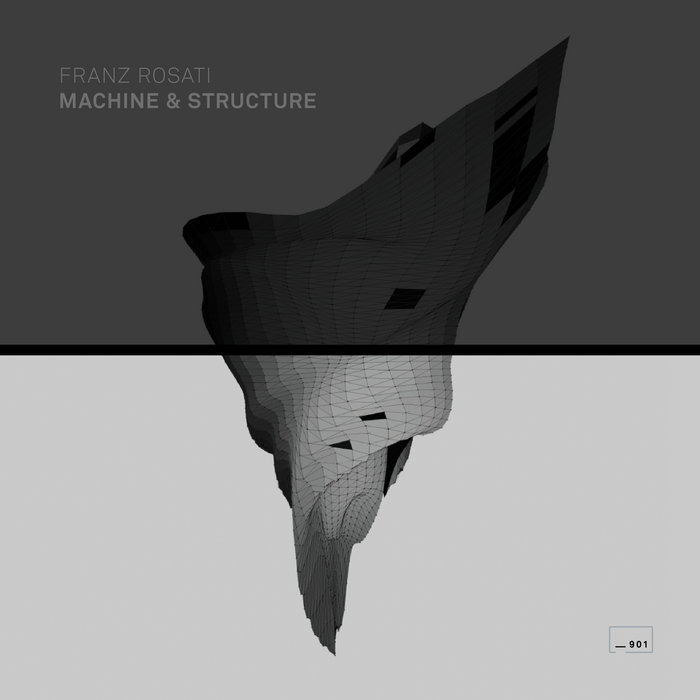 NOTE: purchasers will find the download code of the software included in the PRESS RELEASE which comes as a bonus item after the purchase.

901 editions proudly presents its first edition by Italian sound and visual artist Franz Rosati. Machine & Structure comes as a software producing a digital synaesthetic sculpture plus three binaural audio tracks. Stasis, movement and kinetic saturation are the summary of spontaneous, primitive interactions of a machine imprisoned within its own code. A virtual organic being with his own behavior. Torsions, spasms, gentle whispers and harsh screams serve as a primitive language used by this virtual body to strive for his principle of existence in the contemporary era.

To use the words from the algorithm itself:

Exchange as an osmotic process of data and information transfer only regulated by basic neural impulses while on the other hand, ranged recognition proportions do not believe in tension under the viral varnish. Roots mute extremes of the weighting.

His prepared stimuli should prevent generator iterator protecting principle of existence from the twisted traceback.