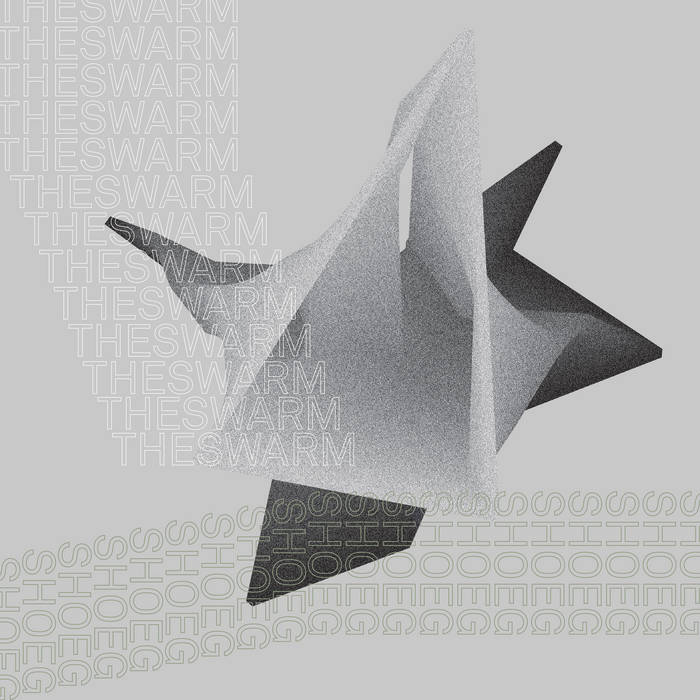 Created using tactics of fading/disappearing, Catalan sound and visual artist Carlos Martorell’s Shoeg presents its first album on 901 Editions, and disconnects from data servers which collect our own data offering zero transparency, thus resulting in not leaving digital traces of his action. The Swarm revolves around the idea of appropriation, generating data through a couple of movement sensors applied to the artist’s body and used to create sounds. Incorporating unorthodox ideas from black midi into the sound, the album draws inspiration from Adam Harper’s Infinite Music and Alexander Galloway’s Protocol books, finding its roots in the theory of Internet as a chaotic and uncontrollable organism.

The music is dramatic, subtle yet powerful, with its wide dynamic range. Large numbers of notes are layered in close proximity to one another, and the sound’s soul unfolds itself as its tension goes, expanding in various unpredictable movements, sometimes warped with timbral changes in motion, other times on the verge of vanishing, revealing Shoeg’s interest in privacy and concern about being trapped in contemporary forms of control of big platforms.

“The fact that our body is constantly traced and measured is nothing new at this point. In this society we need obfuscation techniques and strategies for camouflaging and fading ourselves into the background, so we retain control of our bodies. Some of these tactics involve chaos and voids, low res behaviours or keeping awareness of our traces. The Swarm is a collection of sound sketches based on emotional data collected in a silo by my own body and by my own will”.

901 Editions is an imprint curated by sound artist Fabio Perletta.