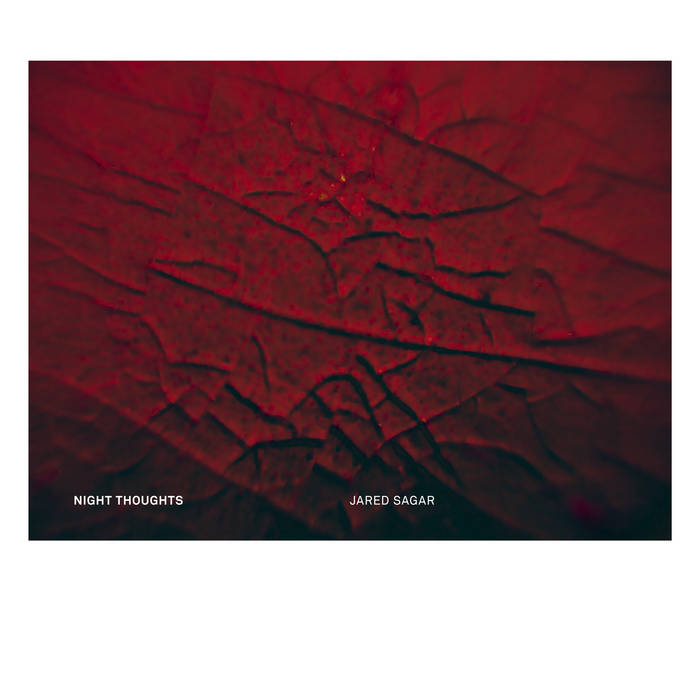 "Night Thoughts was conceived in early 2017. I set out to make this work a little dark, somewhat atmospheric and ghostlike, focusing on isolation, hoping the listener would immerse themselves into this piece and lose their surroundings. There are ambient moments, drone type moments and micro sounds coming and going, weaving in and out. The majority of the sound was originally field recordings, which were then played around with, transformed to establish new images within the mind". — Jared Sagar

Jared Sagar is a British composer of experimental music, working in genres of micro sound, granular synthesis, abstract, minimalism, ambience and drone. His work involves an exploration of sound itself whether natural or synthetic. His method of working is mostly taking samples, field recordings etc, and manipulating them beyond all recognition, therefore creating something new, abstract and different.
Most pieces are minimal, the sounds evolving, growing with stillness and intensity. He has been experimenting for a number of years with the manipulation of sound and what can be achieved by it.
He has released material on labels such as Sonospace, Unfathomless, Seattle Dott Recs, Phonographic, Murmur Intemporel and others.
—
soundcloud.com/jaredsagar

901 Editions is an imprint curated by sound artist Fabio Perletta.