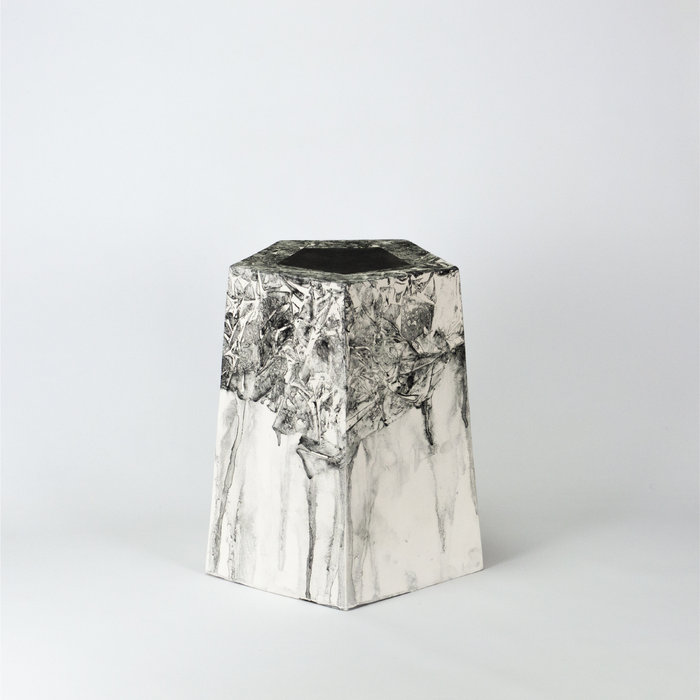 “It forms slowly, through the refraction of light. It penetrates and breaks it down, radiating the listening space among the windows oriented to the spring sun. Oblique plates, breath and transparencies. Stillness. Sound prisms.”

'Prisma' is the first solo album from Italian composer Luigi Turra on 901 Editions, despite his long-term relationship with the label and appearances on various collaborations and compilations: 'Ma 間' with Fabio Perletta (2020), 'Kailash' with Shinkei (2016) and the piece 'Ki IV' (2016) for the series 'Quark: How Does The Invisible Sound?'.

Three years after 'Fukinsei', his latest solo album released by the Japanese label mAtter, Turra further develops his sound path, free from compromises and inclined toward radicalism. With Prisma, he continues to stylise his personal electroacoustic research, through a renewed reductionist guise in which corrosive metallic abrasions placed on the proscenium are retracted as sudden caesuras to leave space for rarefied and distilled piano styles, close to the most essential Ryūichi Sakamoto.

'Prisma' transfigures the sound images through an elegant impulse of refractions, consisting of sound / pause / noise that originate from silence and that are reabsorbed into it, through iridescent elliptic tensions.

A silence that reveals itself as suspension and antithesis to the suffocating fullness of language in order to trace a sound idiom, a balance between action and expectation.

The articulation of the elements is intimate, suspended and the logic of the combinations/juxtapositions subjectively unfolds in the progressive listening experience through an incorporeal diffusion, resolved in sound textures that dig out matter to highlight its residues.

Luigi Turra (b. 1975) is a reductionist/electroacoustic composer. His main interest is in the aural balance between silence, tactile perception of sound and aleatoric music. Through the manipulation of concrete and acoustic sources, he develops acoustic paths in which the listener experiences continuous pauses and subtly abrasive tensions. Starting from capturing small sounds and noises, Luigi Turra creates pieces of music, referencing the beauty of imperfection. His work is published by labels such as Non Visual Objects (AT), and/OAR (US), Koyuki (IT), White Line (UK), LINE (US), Dragon’s Eye Recordings (US), Trente Oiseaux (DE) and 901 Editions (IT).

sndtrak stops by with an Album of the Day Feature of his most recent release, FLIPS V1: Triple Lindy